In the midst of trip preparations, I’m taking a break to write a review. It’s a good way to de-stress from packing, right? 😉

I am really intrigued to share my review of Go Set a Watchman by Harper Lee. I say intrigued because this novel seems to be bursting with potential for conversations about the author; complex topics like racism, history, and identity; and of course, To Kill a Mockingbird. It’s taken me several days to decide how to frame my thoughts here.

First, I want to say that I’ve gone back and forth for a while about reading this book. Between the shady circumstances surrounding it’s publication to the mixed reviews I’ve seen of the novel, I wasn’t sure I wanted to experience it. In fact, I avoided this book for a while because I just couldn’t commit to reading it. Would I like it? Would I hate it? Would it ruin To Kill a Mockingbird for me? Last month, I bought it as a super buy at Half Price Books for $2, and I found myself wanting to open it. Then suddenly, the time was right, and I read it. I found it fascinating.

There are a lot of spoilers in this review because I think it’s impossible to talk about this book without referencing To Kill a Mockingbird and how it differs from this book. If you want to read this novel without spoilers, do that before reading my review.

Go Set a Watchman by Harper Lee tells the story of an older Jean Louise Finch coming home to visit her father Atticus and finds him and the town of her childhood unalterably changed. Goodreads summarizes, “Twenty-six-year-old Jean Louise Finch–“Scout”–returns home from New York City to visit her aging father, Atticus. Set against the backdrop of the civil rights tensions and political turmoil that were transforming the South, Jean Louise’s homecoming turns bittersweet when she learns disturbing truths about her close-knit family, the town and the people dearest to her. Memories from her childhood flood back, and her values and assumptions are thrown into doubt. Featuring many of the iconic characters from To Kill a Mockingbird, Go Set a Watchman perfectly captures a young woman, and a world, in a painful yet necessary transition out of the illusions of the past–a journey that can be guided only by one’s conscience.”

“Every man’s island, Jean Louise, every man’s watchman, is his conscience. There is no such thing as a collective conscious.”

“Prejudice, a dirty word, and faith, a clean one, have something in common: they both begin where reason ends.”

“Remember this also: it’s always easy to look back and see what we were, yesterday, ten years ago. It is hard to see what we are. If you can master that trick, you’ll get along.”

Second, this book didn’t ruin Atticus for me. I feel like I may be in the minority here, but that’s how I feel. I didn’t think he was an outlandish racist in this book. Yes, he is more complex, and he is not the pure man of justice that we get in To Kill a Mockingbird.  But that’s because he hasn’t been characterized that way yet. It’s not that he became a racist later in life. Watchman was written first, after all. I do not believe that these two men are the same. This Atticus showcases how memorable the Atticus of To Kill a Mockingbird is because this one is less unique. Although I found his arguments about Thomas Jefferson and the role of government in changing society rather compelling. One element of Watchman Atticus intrigued me most. He still holds a place of honor in the eyes of his daughter. Jean Louise’s difficult realization that Atticus is a man rather than deity is fascinating.

The descriptions and complexities of life in the South during this time are compelling and beautifully written. I think Harper Lee is a master at capturing the South. Her writing is so beautiful and gives readers a clear picture of Maycomb and the people who live there. She also brings up compelling questions about the Civil War, Reconstruction, and the relationship between the states at this time. My knowledge of the Civil Rights Movement is high school history basic. So I appreciated the complexities she adds to the discussion. The writing style felt familiar and was a highlight of the novel for me. Lee writes profoundly and a bit prophetically.

All this being said, there’s a reason To Kill a Mockingbird is a Pulitzer winning classic and Go Set A Watchman was abandoned. This novel not a flushed out. There are scenes and dialogue that are too long or confusing needing more clarity and concision. The relationships are not always clear. I was sad that Jem and Dill aren’t really in this book except in flashbacks. And everything happens in the matter of 48 hours. I think that the timeline could have been drawn out better. It begins and ends in the middle of the story. And I didn’t feel satisfied in the end. The best parts of the book are the flashbacks to Scout’s childhood. It’s no wonder that her publisher asked her to expand and focus on those for another story which became To Kill a Mockingbird.

Overall, this is worth reading. And makes me want to reread To Kill a Mockingbird again. It would make a fantastic book club book for all it offers for discussion and analyzing. If you read it in the right mindset, appreciating the writing process and the genius that comes after it, Go Set A Watchman is fascinating.

What did you think of Go Set A Watchman?
What makes To Kill a Mockingbird a classic for you? 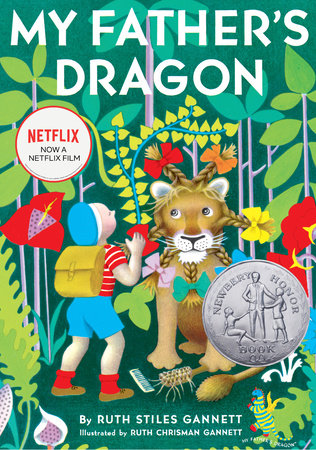