I am so excited to finally share my full review of The Lord of the Rings by J. R. R. Tolkien. This was on my reading goals for 2018 as a reread. I last read this series/book in my senior English course during my undergrad. It was an amazing class and the first time I read the full series back to back. I loved getting back into this one again!

I decided to do one review of the books as they are really one story. I even have the one volume edition with all three parts included. It helps me to think of this book as one story. And on this reread, I was completely blown away by LOTR!

I’m breaking from my traditional review style on this one much as I did in my Harry Potter Reviews and Les Miserables review. I hope you enjoy the change of pace as much I as enjoy writing it!

The Lord of the Rings by J. R. R. Tolkien chronicles the quest to defeat Sauron by destroying the one ring. According to Goodreads: “In ancient times the Rings of Power were crafted by the Elven-smiths, and Sauron, the Dark Lord, forged the One Ring, filling it with his own power so that he could rule all others. But the One Ring was taken from him, and though he sought it throughout Middle-earth, it remained lost to him. After many ages it fell by chance into the hands of the hobbit Bilbo Baggins. . . . When Bilbo reached his eleventy-first birthday he disappeared, bequeathing to his young cousin Frodo the Ruling Ring and a perilous quest: to journey across Middle-earth, deep into the shadow of the Dark Lord, and destroy the Ring by casting it into the Cracks of Doom. The Lord of the Rings tells of the great quest undertaken by Frodo and the Fellowship of the Ring: Gandalf the Wizard; the hobbits Merry, Pippin, and Sam; Gimli the Dwarf; Legolas the Elf; Boromir of Gondor; and a tall, mysterious stranger called Strider.”

I have heard this novel described as an epic, and I complete agree.

The scope of this novel is incredibly large. Tolkien creates an entirely new world, complete with extended history, several complete languages and complicated geography. And he gives us so many details in the text. While I enjoy Narnia and Harry Potter (a lot!), this is a different kind of fantasy. It is bigger and seems to have multiple layers of meaning and direction. I’ve read that Tolkien wanted to create something beyond a single allegory. He wanted to create a world that could be interpreted in any direction. I think he succeeded. 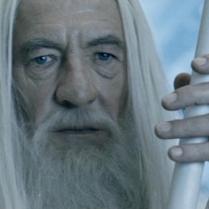 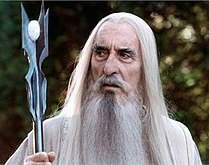 Most Compelling Themes or What I Learn from LOTR: 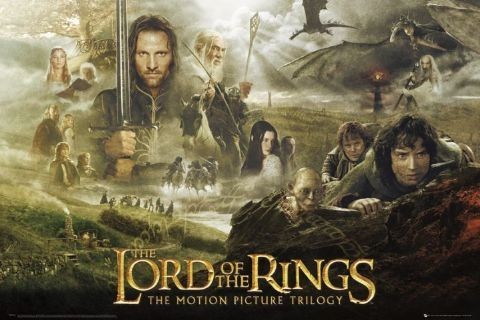 There is, of course, a good amount of differences between the book and the movie adaptations. First, let me say that I love the movies. I watched all three of them with my husband while rereading this book. They are really incredible for their scope and details especially considering they were produced over 10 years ago! Shout out to the game Gimli and Legolas play in battle to see who can kill more orcs. That is totally in the book too! The acting is well done overall and I think they portray the tone and intensity of the books well. That being said, I was surprised at how much more the book gives us! We get so much more background on the characters, so much more time between events, additional characters, and a sweeping history of Middle Earth.

Tips for Reading The Lord of the Rings:

This is a unique and fascinating fantasy epic that teaches readers the importance of choices, loyalty, and bravery. I think everyone should read this book.

Have you read LOTR yet? What do you love about it?