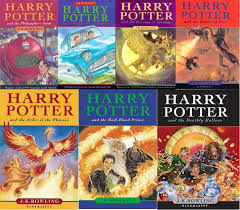 Welcome back to Top 10 Tuesday hosted by The Broke and the Bookish! This week’s topic is a freebie. So I decided to go the nerdy route and talk about some of my favorite Harry Potter moments. I just love Harry Potter. I grew up reading the books, attending midnight book release parties, staying up too late to finish the most recent book, seeing the movies at midnight, and dressing up as Harry Potter characters for Halloween for years. Going to King’s Cross Station in London was a highlight of my nerd life.

It was extremely hard to narrow it down to only 10 things. So many things I would love to talk more about: pollyjuice potion, Hedwig, Gryffindor, the defense against the dark arts teachers, Hogwarts in general, dragons, Horcruxes, book covers, how I cried through Cedric’s death and Dumbledore’s death, how I smiled during the final epilogue, how I feel about the movies, broomsticks, Hogsmeade, the Marauder’s map (so awesome!), patronuses, Severus Snape’s memories, the Burrow, the Dursleys, and a thousand other things.So enjoy this list of moments, characters, and more! 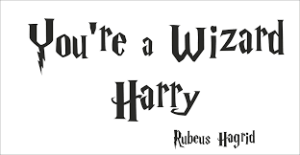 The cake Hagrid brings Harry in The Sorcerer’s Stone // I love that first meeting of Hagrid and Harry. The cake is a little smashed and the words are misspelled, but it’s a true gift of the heart. And it sets the tone for the rest of their relationship. I love how their friendship grows and progresses during the series.

Dobby // He is just so innocent and kind. He wants to be free and also help his friends, even if he sometimes causes more trouble than he fixes. I seriously cried when he died in the last book. 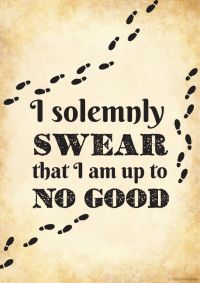 The timeturner // It would be so interesting to go back in time. I think the sequence in The Prisoner of Azkaban is genius when Harry and Hermione go back in time and have to intervene in the past.

Chocolate Covered Frogs, Butterbeer, and other yummy food // Can we talk for a minute about Harry Potter food? YUM! I would love to attend a Hogwarts feast, drink butterbeer in The Three Broomsticks, collect chocolate frog cards, and try the many flavors of Bertie Bott’s Every Flavored Beans.

Apparation // If I had a super power, I would choose to apparate. I would love to instantly get across the country and the world. Way better than flew powder, am I right? 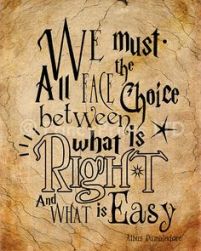 Sirius Black and The Prisoner of Azkaban // Basically, I love book three. I love that Sirius wants to be a father figure to Harry. That moment when he asks Harry to come live with him is full of such joy!

Ginny kissing Harry after they win the Quidditch Cup // Ginny is one of the great strong girl characters in the book (not as good in the movies). I love the way she and Harry finally get together. And that she wins the cup as Seeker.

Quidditch // How I would love to play quidditch (I’m talking real quidditch on flying broomsticks, not the muggle version played on college campuses). I love so many quidditch moments: Harry’s first game, winning the quidditch cup for Oliver Wood, the quidditch world cup game, and more. 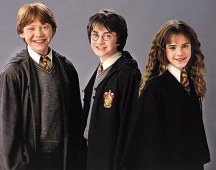 Harry, Ron and Hermione and the end of The Sorcerer’s Stone // First, can I just say how much I love the friendship between these three? Everyone needs good friends that are always there for you. The first time we see  them really work together is in the first book. The many enchantments and trials they must overcome to get the the stone are cool to imagine: wizard’s chess board, flying keys, unique potions, and the Mirror of Erised.

Harry Potter is the master of the Elder Wand // Perhaps my all time favorite moment. I just love how Rowling ends the series. It is genius how the books connect and come together at the end. Draco disarmed Dumbledore and Harry disarmed Draco. So he can defeat Voldemort. Love it.

What are some of your favorite Harry Potter moments? 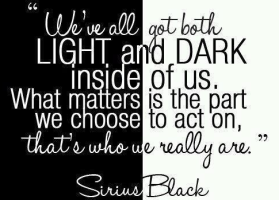 [Is Everyone Hanging Out Without Me?] A Review 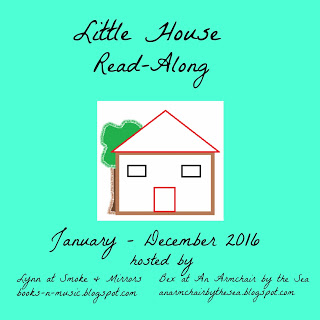